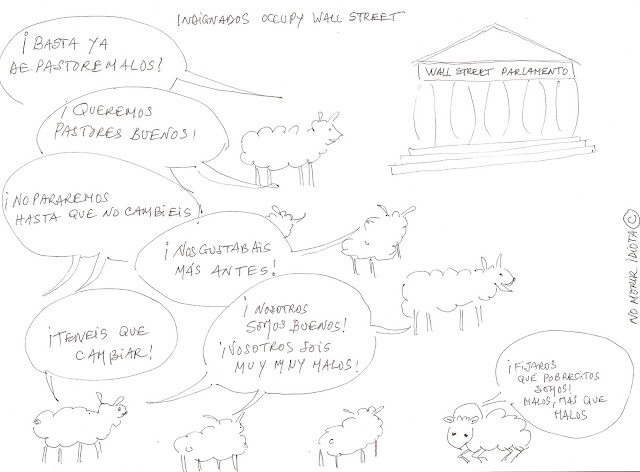 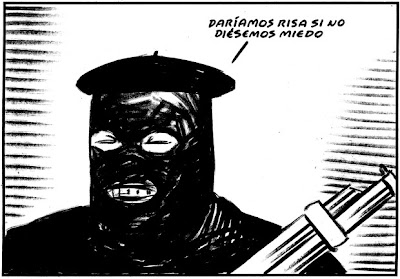 As Webster is explaining in
http://tarpley.net/2011/10/07/occupy-wall-street-who-wants-to-hijack-the-movement/

the Occupy Wall Street Movement is a complete manipulation to channel the dissent for making people do what the power in the shadow wants.

The first clue to discover if it is a manipulation from the backstage of power is when something gets a broad coverage on mass medias. It is the case.

This aparently spontaneous movement is a superb example of

This has been designed by real experts in social engineering, a science of manipulation whose father is Sigmund Freud's nephew Edward BERNAYS, and became a speciality at Harvard University, thanks to the Rockfeller Foundation, where it started in the 1947/49. I highly recommend reading the document Silent Weapons for Quiet Wars http://www.syti.net/GB/SilentWeaponsGB.html
it might be a little long and boring, but even though, go to the end, it is quiet impressive to see how far they can plan social control.

Watching this video will help people to understand how it works:

Fot those who want to see how the spanish INDIGNADOS (also known as the 15M movement) camp in Madrid was ruled by these experts, you can have a look at the following post, where you will see the faces of some of the "facilitators" who were working hard to direct the votations during the assemblies, controlling  the endless talks about stupid trivialities and avoiding the real important goals, as the  real aim was to channel the dissent and push young people not to vote in the elections on May 22th (22M in Spain): the result was the historical and overwhelming  victory of the spanish right/extreme right all over the country:
http://nomoriridiota.blogspot.com/2011/05/acampadasol-que-ha-sido-realmente.html

It  was evident there was a professional organisation behind the camps, and not only in Madrid.

Then, once the elections were over, the true Indignados organised many pacific demonstrations that were infiltrated by violent members of the police or the army- who konws-  these guys were  so violent they provoked police repression: the same screenplay took place in the United Kingdom, as we all could see on TV, where it justified represive laws as some more cuttings in civil rights.

Pacific friends from all over the world, be aware of the manipulation that is taking place. We have been through it here in Spain a couple of months ago, and we know what is behind: destroying the already poor democracy.

Those in power are VERY smart and know how to manipulate the mass.

They are using your pure and wonderfull energy for there own dark purposes which is, at least, to remain in power. Thanks to Facebook and Twitter they can now make the list of the dissidents, with their names, photos, mail, even cell phones numbers: all this has also been planned.

What can you do?
Be alert
Don't trust facebook messages from the Movement, it is all a fraud.
Question every single thing the facilitators impose
Look strongly at their eyes, the eyes cannot lie
If they have a true and pure comittment you will figure out inmediately
Don't let them manipulate you, take their place and become a "facilitator"  yourself
Don't let them direct the subjects of the assemblies
Be your own voice
don't accept their authority
don't trust the spanish veterans at first
When you have found a professional manipulator take pictures  and hang them on You tube
Try to get their names, have a nice talk and try to figure out what are their real purposes
You can also follow them to see where they go between 4 and 6...

If you can get the advise of some lawyer, they will have maybe some good ideas to manipulate the manipulators !